Sheikh al-Habib has sought to revive the Rafida faith and methodology, as taught by the Prophet and his family (peace be upon them all). Sheikh al-Habib’s focus has been on various principle issues. Such as the importance of studying and adhering to the authentic teachings of the Ahl-ul-Bayt (peace be upon them), educating the public of these teachings, fighting back against deviancy in creed, encouraging the Shi’a nation to be active in their work and service to the faith, and carrying out religious work that is bold and with high aspirations. All while putting the Prophet and his pure family (peace be upon them all) above all else, and not succumbing to social or other pressures that attempt to halter or prevent you from reaching success.

A specific area of focus of His Eminence Sheikh al-Habib relates to the necessity to be vocal in this day and age about the oppression that occurred to the Prophet and his family (peace be upon them all). While specifically mentioning the named individuals who have carried out this oppression. The Sheikh calls for believers not to shy away from being transparent and vocal, even though this may offend some who disagree with the Shi’a narrative. If one is to pay attention, the Sheikh does not call for the intentional offence of others for the sake of offence but rather teaches that is it a natural product for others to become offended when views are not aligned. One can find a parable during the era of Prophet Muhammad (peace be upon him and his family) when he repeatedly proclaimed publically: “There is no deity worthy of worship other than Allah”; a short and powerful statement that shook the Arabian peninsula. But also, a short and powerful statement that caused significant offence to the pagans in that region, to a point where they attacked, tortured and killed Muslims. Yet the Prophet stood firm, because the truth is the truth, and distributing this truth is a duty upon us.

In essence, Sheikh al-Habib refuses for the killers of Prophet Muhammad, Lady Fatima, and other members of the Ahl-ul-Bayt (peace be upon them) to remain honoured, respected, and loved across the globe. Primarily from the angle that this honour and respect is in itself is disrespectful and hurtful towards these holy personalities and God Almighty himself. From another point of view, following these individuals, even if the majority who do so are not aware of the truth, leads to the bloodthirsty ISIS-like ideology continuing to exist, being reborn in every era under a new name and new banner. The Sheikh preaches that people are not to be forced to change their view under any circumstances, but what is upon the believers who are aware of these truths, is to take a bold and brave stance in vocalising these facts, and educate the masses with clarity and sincerity.

Sino que se deriva de las enseñanzas de Ahl-ul-Bait (la paz sea con ellos), los Profetas de antaño, y de los compañeros justos. The term Rafida, literally translated to rejectors of falsehood, and in context can be applied explicitly to the rejection of the head culprits against Islam, such as Abu Bakr, Umar, and A’isha. It is a title that the Shi’a of the Prophet and his family (peace be upon them all) pridefully claim due to its divine appointment by Allah:

A man came to Imam Ja’far al-Sadiq saying that someone had warned him against becoming a Rafida. Imam Ja’far replied: “By Allah, this name which Allah has granted you is excellent, as long as you follow our teaching and do not attribute lies to us.” Muhammad al-Baqir also mentioned an instance when he pointed at himself, stating “I am one of the Rafida.” 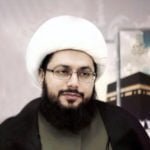 Alongside freeing Makkah, Medina, and Palestine from the current age of ignorance, His Eminence has emphasised the unwavering need for liberation and reconstruction of al-Baqi’ cemetery. Its destruction by the Saudi Regime was nothing less than an act of transgression against God, humanity, and human history and culture. Housing the burial locations of members of the Ahl-ul-Bayt (peace be upon them) such as Imam al-Hassan, Imam al-Sajjad, Imam al-Baqir, and Imam al-Sadiq (peace be upon them all) as well as other righteous men, it is more than a sanctified location for the Shi’a nation.

To achieve these noble goals, his Eminence Sheikh al-Habib views that three elements require specific focus. Education, international relations, and media presence. Hence he has called for, and actively provides religious guidance for media platforms across multiple languages, collaborative and mobilised efforts to present our critical matters to influential government and non-government agencies, and an educational seminary with the vision of establishing an expansive educational institute with religious and secular syllabuses.

His Eminence Sheikh al-Habib has strived his utmost to fulfill the need of a Rafida Shi’a scholar, educator, and leader. Through his decades of effort, he has managed to achieve various goals, giving rise to, and reviving the Rafida faith and methodology as taught by the Prophet and his family (peace be upon them all).

In the field of educating the general public, Sheikh al-Habib has authored 15 books on various critical subjects, delivered 50 lengthy series lectures, some lasting close to 100 hours along with a plethora of lectures, seminar classes, and pulpit speeches.

His Eminence Sheikh al-Habib has been the backbone in encouraging and providing religious guidance to several critical institutions and organisations that are leading the way in achieving the modern era goals of the Rafida faith. These include The Mahdi Servants Union (peace be upon him), al-Muhassin Mosque (peace be upon him), The Seminary of the Two al-Askari Imams (peace be upon them) Fadak Media Broadcasts, The Rafida Foundation, and Enlightened Kingdom.

In recent years Sheikh al-Habib has encouraged believers to embark upon a most ambitious project. The establishment of a film production company, ‘Enlightened Kingdom’, and producing the first-ever cinematic international feature film on the life of the honourable Lady Fatima (peace be upon her), ‘The Lady of Heaven’. The production of this feature film has been hugely successful, and its release set to be a significant mark in history, enlightening the world with the life of the Lady (peace be upon her).

In 2012, The Minor Land of Fadak opened in conjunction with the anniversary of the birth of Lady Fatima Zahra, peace be upon her. It is currently the official headquarters of The Mahdi Servants Union (peace be upon him).

During the opening ceremony, the spiritual father of the Union, Sheikh al-Habib expressed that the desired goal of establishing The Minor Land of Fadak is to pave the way for the liberation of Makkah al-Mukarramah, Madinah al-Munawarah, the Greater Land of Fadak, as well as all Islamic countries. In doing so, freeing these places from the current second age of ignorance just as the Messenger of God (peace be upon him and his family) freed them from the first pre-Islamic age of ignorance.

The Minor Land of Fadak is located on the western outskirts of London, England. It is the home of the official Headquarters of The Mahdi Servants Union (peace be upon him), and several Union Institutions such as al-Muhassin Mosque (peace be upon him), The Office of Sheikh al-Habib, the Seminary of the Two al-Askari Imams (peace be upon them), Fadak Media Broadcasts, The Rafida Foundation, and Enlightened Kingdom Production. 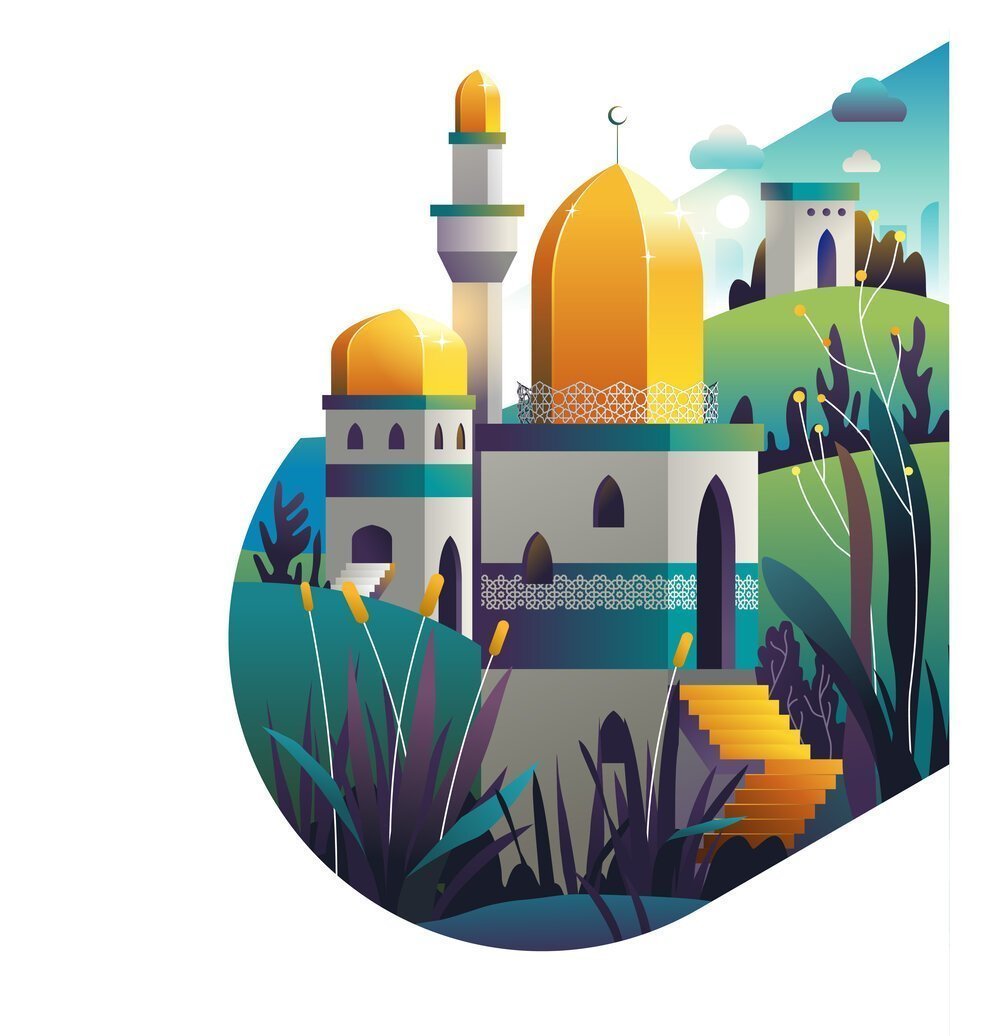 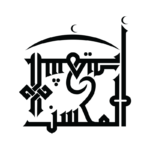 Where Sheikh al-Habib and other lecturers deliver theological, historical & jurisprudential classes. Attendance is welcome to all members of the public. 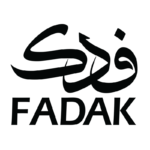 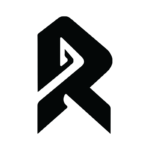 Provides innovative educational content in English through videos, publications, articles, etc. It has also expanded to over seven languages and continues to grow! 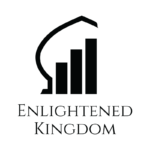 This hidden central matter resulted in the inability of the ‘Shi’a Case’ to be delivered. Without all components and elements on the table, a narrative simply can not stand. Without a doubt, the same misdirection of the Muslim nation is intertwined and even originated from the mentioned central matters so unfortunately hidden away. So how can the Shi’a nation expect the Muslims to be free from this current age of ignorance without first addressing the misdirection of which most have been so blissfully unaware?

His Eminence Sheikh al-Habib, through his efforts, research, and continuous active nature in delivering this message has brought countless souls across the world to the authentic and untarnished religion of The Messenger of God and his Family (peace be upon them all).

Souls from all over the globe, from the Middle East to America, to Africa, to China, to Australian, to Indonesia, and beyond have reached out to The Mahdi Servants Union and its institutions proudly declaring their acceptance of Rafida Shi’a Islam. Many, so eager and passionate and so deeply relieved to have finally found their destination, have called up during his Eminence’s research sessions on live television to declare it to the world.

It is difficult to quantify the number of souls led to this path of light through the works of Sheikh al-Habib. It is without a doubt more extensive than we can comprehend. Merely counting the numbers would never suffice, if such a thing would be possible. In the past few decades, the world has shifted, allowing the complete Rafida Shi’a narrative to penetrate past the noise of the 21st Century. This change has spurred on Shi’a of different groups and regions to be vocal about the faith in its entirely – on the streets, through video, on public forums, etc. This cultural shift has undoubtedly opened the doors for countless, directly and indirectly, guided by none other than God, the Almighty. We would like to hear from you. Send us your questions, feedbacks, or suggestions.

PONERSE EN CONTACTO
The Office Of His Eminence Sheikh al-Habib