Sheikh al-Habib was born in 1979 to a religious Shi’a family in Al-Mirqab, Kuwait. He used to raise the call to prayer from a young age in the al-Naqi Mosque (peace be upon him) and in his childhood he was a reciter of the Qur’an and a Hussaini orator. Sheikh al-Habib began his studies in a Kuwaiti public school, then joined the Faculty of Political Sciences at Kuwait University, then went on to religious studies in 1995 in The Holy City of Qom, where he studied under the supervision of Sayed Muhammad Ridha al-Shirazi. Sheikh al Habib started his career in the field of media at a young age. In 1990, at the mere age of twelve, he began to work as an editor for the Kuwaiti newspaper, al-Watan. His career in media continued to include work at Sawt al-Kuwait newspaper, The Forefront, The Public Opinion, al Qabas, and The Voice of the Gulf. Beyond this, he continued his media work through founding The Mahdi Servants Organisation (peace be upon him).

In 1999, Sheikh al-Habib founded The Mahdi Servants Organisation (peace be upon him) in Kuwait. The intention behind founding the organisation was to establish a Rafida global voice and movement, and revival of the Rafida Shi’a faith. The organisation would allow for these goals to be achieved in an organised and unified manner, inclusively, for all who shared the values of fighting for the rights of the Ahl-ul-Bayt (peace be upon them), and for anyone who intended to bring people towards The Master of the Age, Imam al-Mahdi (peace be upon him). A primary motivation for this organisation was to cultivate a promising future generation of Shi’a that would be courageous in promoting the truth, more confident and capable, scientifically and culturally aware, and proficient in the art of communication and propagation. Starting small and humble, this was the foundation for all that was to come.

Sheikh al-Habib’s transparent and public stance regarding his religious beliefs caught the attention of representatives in the Kuwaiti National Assembly, who demanded the suspension of the activities of The Mahdi Servants Organisation (peace be upon him). This led to the arrest and imprisonment of Sheikh al-Habib in 2003 where the courts ruled a maximum penalty of a one-year sentence with a fine of one thousand dinars. Further pressure led the courts to upgrade the case to a felony and then again to a state security case. This allowed courts to increase the sentence by ten years in 2004, with another ten years increase in 2006, and another ten years increase in 2012. Resulting in a total of a fifteen years imprisonment sentence. Topping it all off with withdrawing Sheikh al-Habib and his children’s Kuwaiti nationality. It was the first ruling of its kind in the history of Kuwait in a case regarding an individual’s views and opinions. In its 2005 human rights report, Amnesty International referred to the Kuwaiti ruling against Sheikh al Habib. 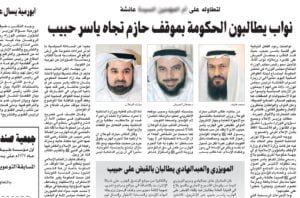 After two months and twenty-five days with Sheikh al-Habib in prison, he miraculously gained freedom. Before his release, he pleaded for release to Abu Fadhl al-Abbas (peace be upon him), promising him to continue the march in returning the rights of the Ahl-ul-Bayt (peace be upon them). Three days before the 2004 Kuwaiti National Day, Sheikh al-Habib was informed that he would be released through a pardon by the Amir of Kuwait. The Kuwaiti government later acknowledged during parliamentary questions and in response to the US State Department’s report on human rights, that the release of Sheikh al-Habib was a “procedural mistake”, and it was unknown how the error occurred. A mere two hours after Sheikh al-Habib’s release, authorities paid a visit to his family’s house to arrest him, but of course, unable to find him. The Sheikh soon crossed the borders into Iraq staying in the cities Najaf, Karbala, Kadhimiya, Smarra, Balad, and Baghdad. These travels were of high risk due to coinciding with the events of the US invasion of Iraq. Sheikh al-Habib famously paid a visit to the Shrine of Abu Fadhl al-Abbas, Iraq, to deliver the iconic and memorable call to prayer. An event that remains as a symbol of the Rafida movement until this day.

After his period living in Iraq, Sheikh al Habib moved to Iran, visiting the cities of Mashhad, Qom, Rayy and Kashan. In 2005 he decided to migrate to Britain, where he obtained the right of asylum. London is where Sheikh al Habib began to re-established The Mahdi Servants Organisation (peace be upon him), from where he would go on to give rise to the global Rafida movement. The first official office of The Mahdi Servants Organisation was established in a small home in Kilburn, before moving to Cricklewood, and then to a more sizable location in Wembley. This early period was critical in the development and establishment of the organisation when it undertook various strategic actions. It successfully established several vital projects such as securing a location to accommodate guests, regular sermons and classes, the publication of ‘The Shi’a Newspaper’ distributed en masse to the community free of charge, and of course in 2010 the launch of the famous satellite channel, ‘Fadak TV’ from where the voice of the Rafida was able to reach the globe for the first time, airing programs in Arabic, English, Faris, and French. 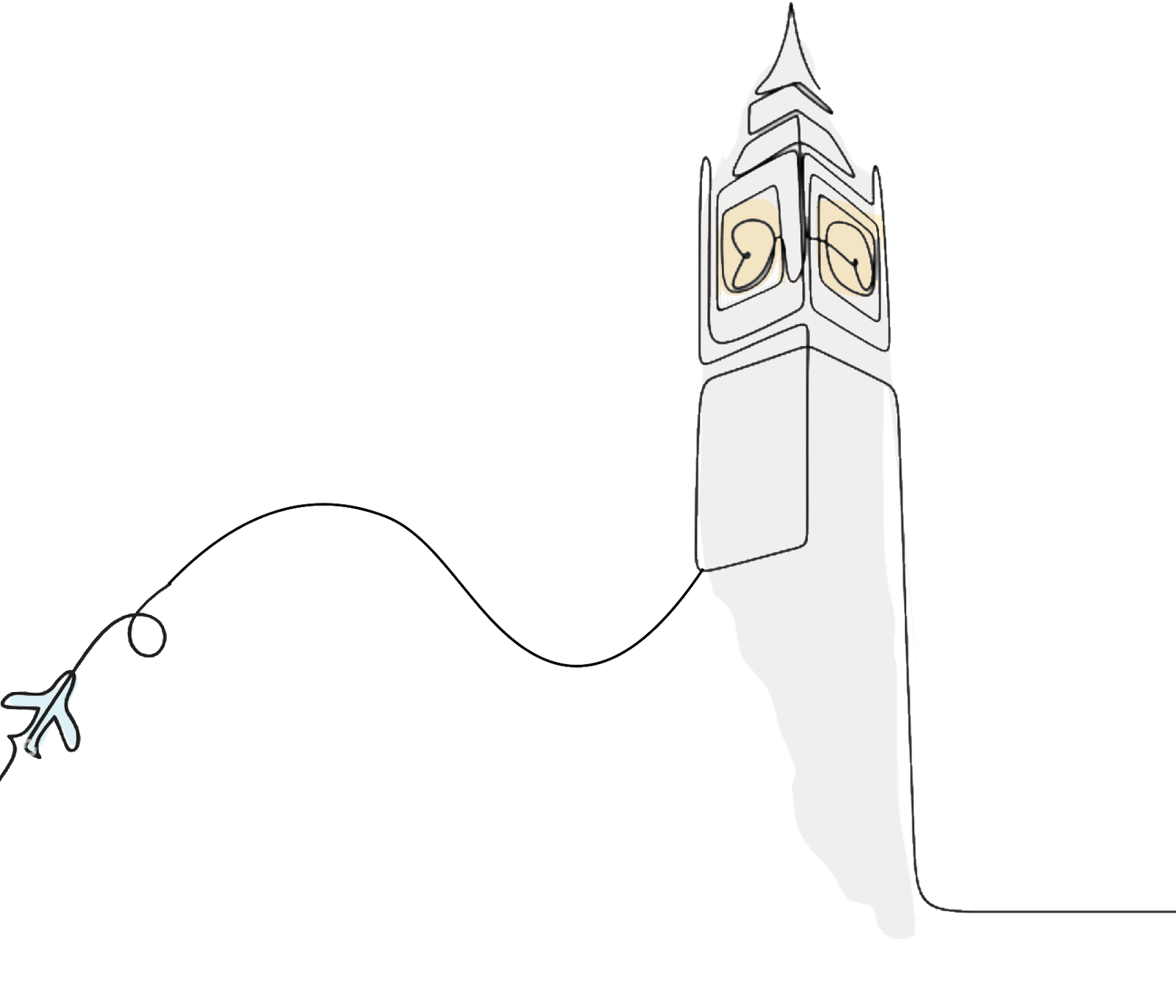 Sheikh al-Habib has published many notable works, including 12 book publications and 50 research series, some lasting up to 100 hours long. One of the most notable published books by Sheikh al-Habib is known for is ‘Obscenity: The Other Face Of Aisha’, published in 2010 to academics and researchers, and in 2011 to the broader public. An in-depth historical analysis on the biography of Aisha, the daughter of Abu Bakr. The research and compilation for this work began soon after the Sheikh migrated to London, away from Kuwait. A prominent Shi’a cleric from the middle-east is known for saying “One man can not have written this book, but rather it must have been written by a group of collaborative scholars”. The book aims to elaborate in detail the factual biography of Aisha, in hopes to enlighten the Muslims population as well as the world at large. Sheikh al-Habib saw this as a critical undertaking due to the current age of ignorance the Muslims are under, due to their following of Aisha built upon their misinformation, believing that she is a guiding personality when instead she is from the founding fathers of modern-day terrorism.

From the 50 research series of Sheikh al-Habib, perhaps the most notable one is ‘How Islam Was Hijacked’, published in 2010. A one hundred hour research series presenting the holistic history of Islam regarding how and why hijacking of the religion occurred. The series explains transparently, how specific individuals led the Islamic nation astray, away from the Prophet’s family (peace be upon them), and towards politicians who crossed all limits for worldly gain. 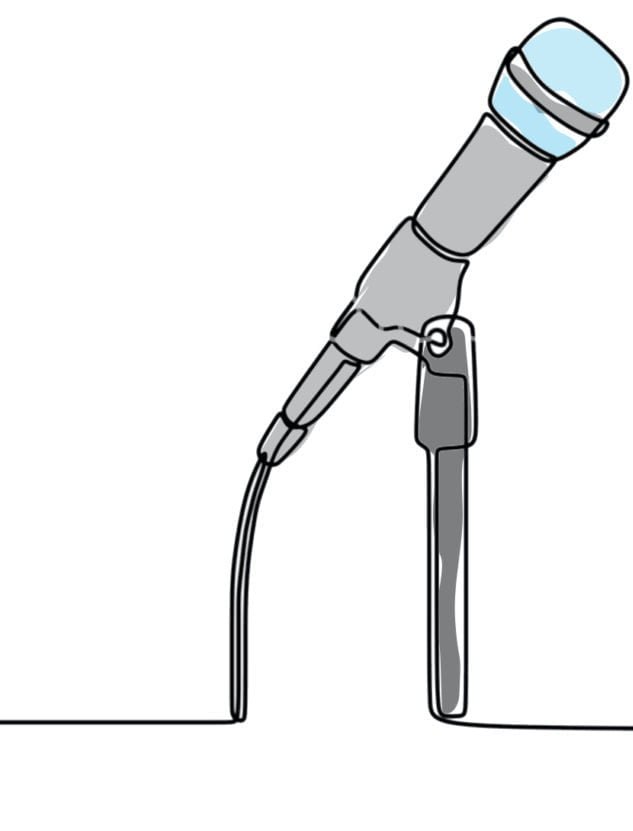 In 2011, Sheikh al Habib issued a public debate invitation to the scholars of the ‘Sunni’ sect of Islam. The proposed question was: ‘Is it obligatory for a Muslim to follow Aisha or to declare innocence from her to God Almighty?’. The only condition was that the responder must be at a reasonable level of public acknowledgement and acceptance. At the same time the invitation, through video format, was officially addressed to notable public figures and scholars of the ‘Sunni’ sect, including: 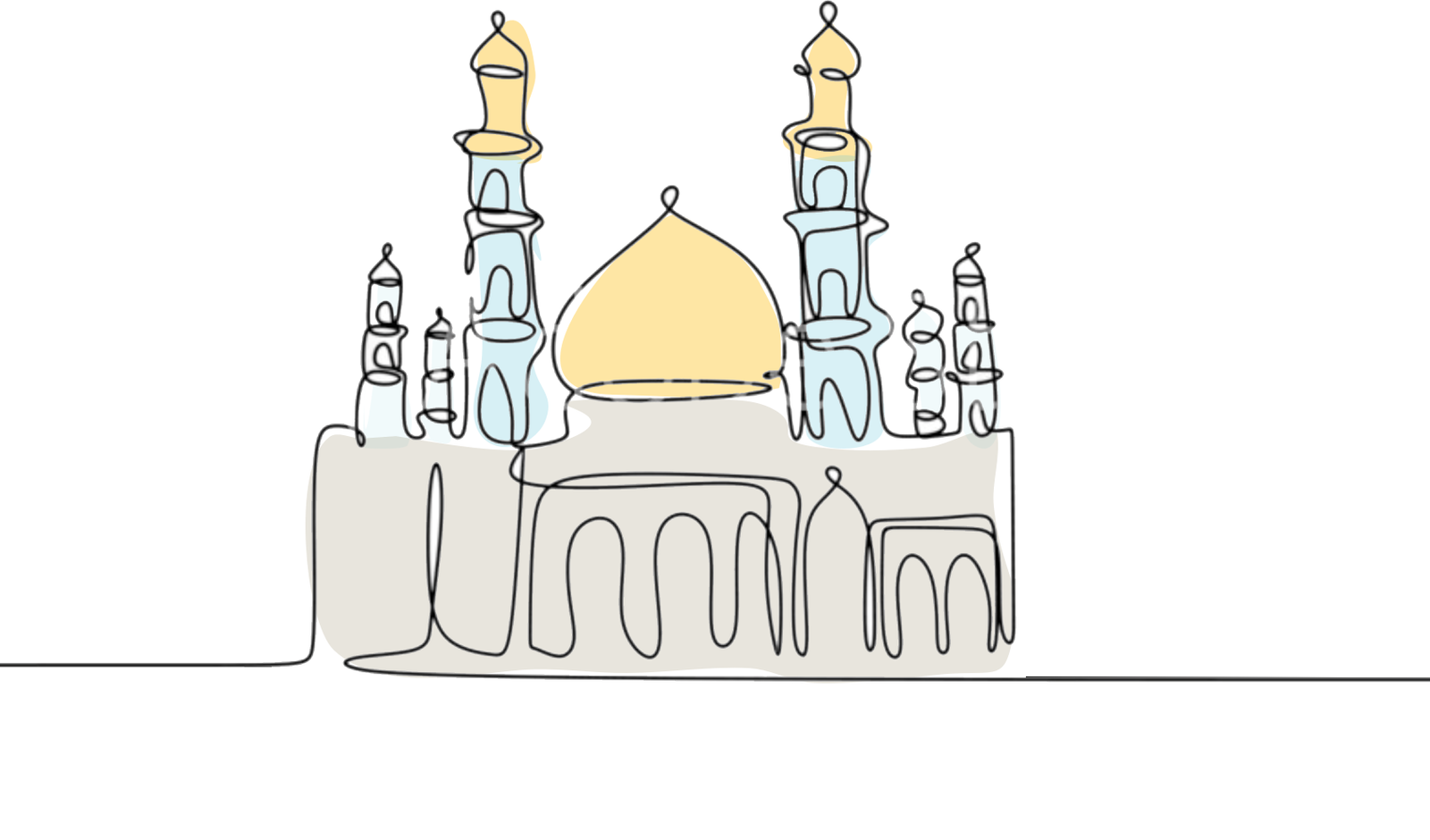 WikiLeaks, a website specialising in leaking sensitive and classified official documents, leaked a document issued by the Saudi embassy in Kuwait dated 2015. The document revealed that the Saudi ambassador, Abdulaziz Al-Fayez, communicated via an “urgent and extremely confidential” telegram with the Minister of Interior, called Saud al Faisal al Saud, regarding the phenomenon of Sheikh al Habib. A second WikiLeaks document dated 2012 was discovered from the Kuwaiti embassy in so-called ‘Saudi Arabia’, whereby the ambassador requests the minister of external affairs to review information gathered on Sheikh al-Habib.

In 2016, the well-known Algerian writer Sultan Berkani mentioned in his Facebook account said: “all indications and clues indicate that the Algerian Shi’a are heading to follow the footsteps of Yasser al Habib, who believes that the time of piety has passed.” Piety passing here refers to Algerians insulting the tyrant Abu Bakr (the eternally damned) publicly in a mosque in the heart of Biskra.

In 2019, Egyptian doctor Muhammad Yusri concluded a study at the University of Alexandria, to the presence of many pieces of evidence that support the possibility of the rise and growth of what I called ‘the beloved state’ in the near future, as “Yasser al Habib, his condition, and his ideas are gaining traction in a growing and escalating manner, especially in the countries of the Arab Sprint revolutions and countries affected by that spirit indirectly.” 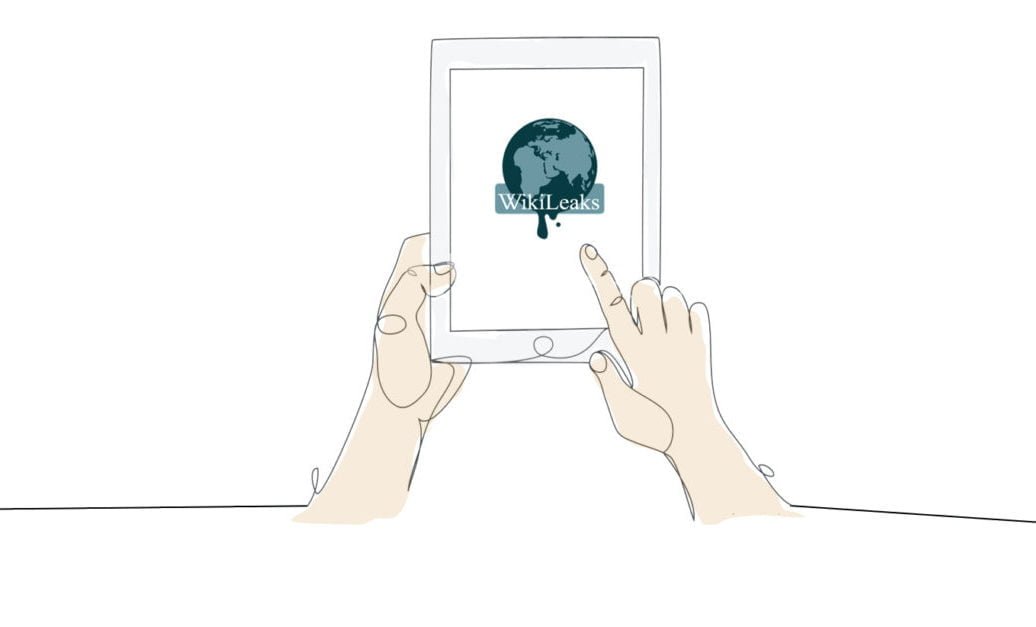 THE MAHDI SERVANTS UNION (PBUH) & THE LADY OF HEAVEN FILM

In 2020 The Mahdi Servants Organisation underwent an internal restructuring and repositioned itself as The Mahdi Servants Union (peace be upon him). The organisation would now become a global union that co-ordinates with various entities aligned with the necessity to focus efforts on preparing for the emergence of the promised return of Imam al-Mahdi (peace be upon him). The goal of the union is to be an expression of a global movement, carrying this out through support, aid, coordination, guidance and organisation.

Under the religious guidance of The Mahdi Servants Union (peace be upon him), Enlightened Kingdom production has been under heavy development of the feature film ‘The Lady of heaven’; a historical drama on the heart-wrenching journey of Lady Fatima, the daughter of Prophet Muhammad. An announcement of the successful completion of the film came at the end of 2020, with the release of the official poster and trailer.

Sheikh al-Habib recalls in a live show how at a young age he would pace around his home contemplating how to assist best the cause of Lady Fatima (peace be upon her), to which he concluded one method would be through a cinematic full-length feature film. Decades later, the dream became a reality. 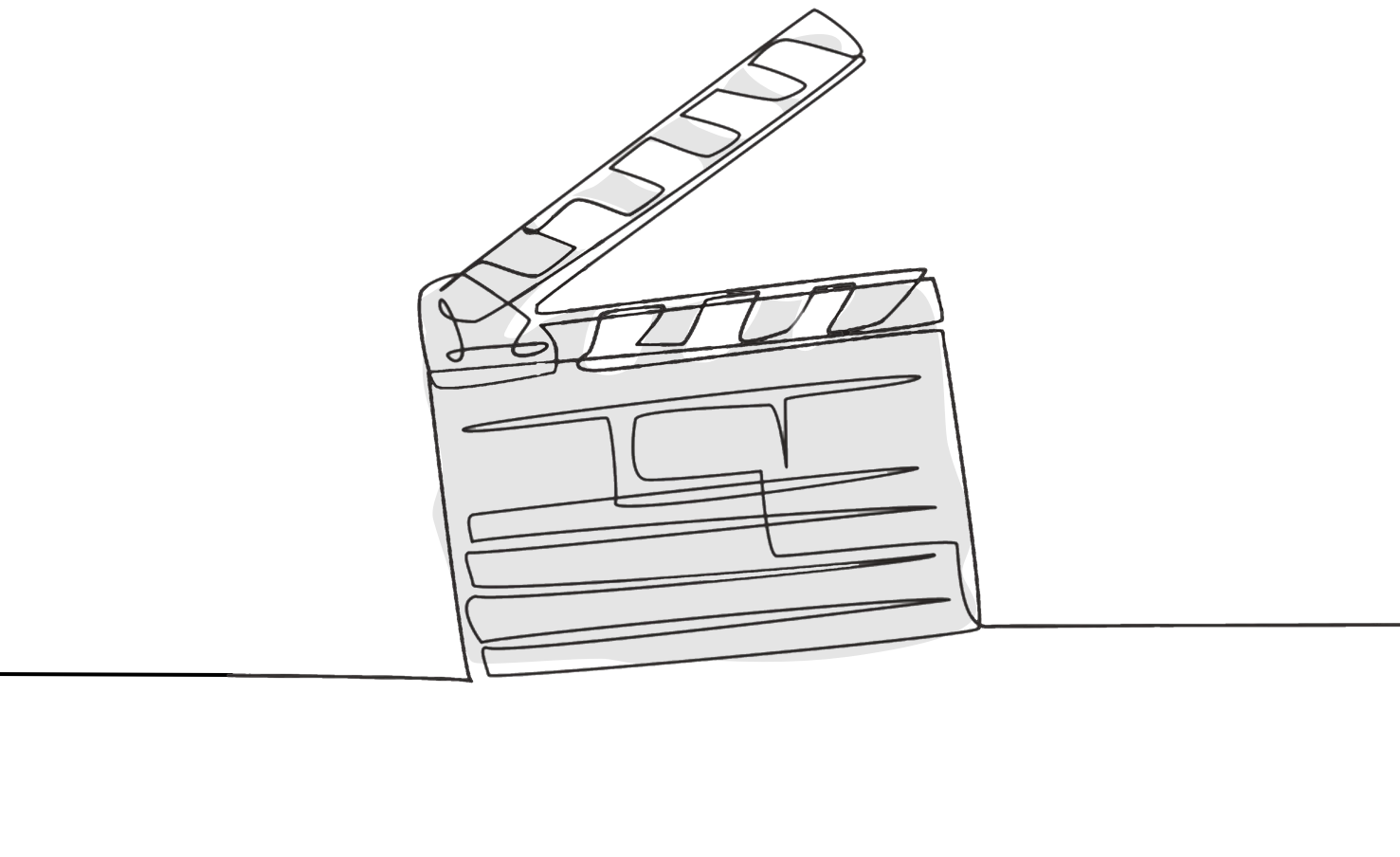 The Office Of His Eminence Sheikh al-Habib